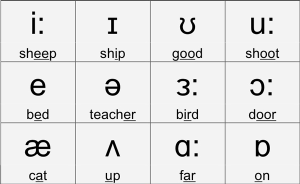 This course is designed to help students improve their pronunciation by giving them enough practice in the production and perception of the sounds of English, drawing their attention to individual sounds and groups of sounds which pose problems for Bulgarian learners of English as a foreign language. Students are introduced to some basic concepts in phonetics and phonology which enable them to describe speech sounds and discuss their pronunciation and perception. At the beginning of the course students are familiarised with the phonemic alphabet and taught how to transcribe words and short sentences. Throughout the course they regularly do transcription exercises from dictation and written texts which help them develop and hone their skills of writing and reading the phonemic script. The rest of the course focuses on connected speech processes and how they affect and change the pronunciation of individual words and phrases in the sentence, considers words and groups of words with problematic lexical stress, and introduces the most common rhythm and intonation patterns in English. The most important differences between British and American pronunciation models are also discussed.

By the end of the course students are expected to:

The final grade is based on continuous assessment which includes

Collins, B. and I. Mees. 2013. Practical Phonetics and Phonology. A resource book for students 3rd edn. London and New York: Routledge.