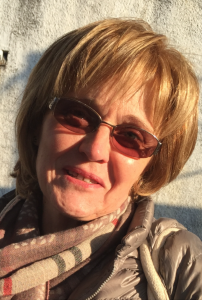 Dr. Kornelia Slavova is Professor of American literature and culture in the Department of English and American Studies, St. Kliment Ohridski University of Sofia, Bulgaria. She has taught courses in Cultural history of the US, popular culture, American drama, postmodern literature and culture as well as gender studies at Sofia University, SUNY at Albany (USA), UBC (Canada) and other universities. Her publications are in the field of American drama and literature, cultural translation and gender studies. Her most recent books are The Traumatic Re/Turn of History in Postmodern American Drama (Sofia University Press, 2010) and American Drama on the Bulgarian Stage: Theatre as Translation of Cultures (Polis, 2014). She has edited and co-edited several books on gender theory and cultural studies including Gender/Genre (Sofia University Press, 2010) and Identities in Transition: Gender, Popular Culture and the Media in Bulgaria after 1989 (Polis, 2011). She has been awarded the Christo G. Danov National  Prize in the humanities and the Paul Celan International Award. Since 2008, she has served as associate editor of The European Journal of Women’s Studies (SAGE).