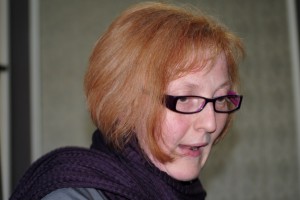 Much has changed in Europe since the euphoria of the early nineteen-nineties of the last century: massive migration, pan-European Neo-Nazism, a new and active Muslim self-awareness, the resurgence of Russian Nationalism, and a severe financial crisis are just a few items on the historical agenda. In response to this new context Hamlet is no longer simply a vehicle for recovering, or

creating, a national cultural memory but has become a trans-national, multi-cultural, “glocalized” site for positioning both play and protagonist between quickly changing geo-political developments and local events. This relocation has frequently been paired with the inclusion of various other media discourses in the performance space once reserved for traditional theatre acting, even abandoning this space for extreme locations and situations to relocate Hamlet, play and protagonist, for contemporary audiences: abandoned buildings, rusting shipyards, insane asylums, jails, and even subways. As a result, the desperate cry of ACTOR PLAYING HAMLET, the protagonist, in Heiner Müller’s Hamletmachine (1977): “I am not Hamlet. I don’t play a part anymore. My words no longer mean anything to me. My drama no longer takes place,” has been qualified. My snapshot of the first decade of the 3rd millennium Hamlet examines how the play and the protagonist struggle for new signification, political and theatrical, as Hamlet’s search for his “part” in the new millennium continues.